Welcome to the British Model Flying Association website for all the British National Championships for model aircraft flying in all it's forms.

Regrettably we have  a piece of news that many will find hugely disappointing.  After a two-year absence we were reasonably confident of a return to RAF Barkston Heath this year for a celebratory Free Flight and Power Nationals.   Sadly, despite encouraging noises last year, the Cranwell Station Commander has declined our request for both events, primarily on operational grounds.  This followed a face to face meeting and subsequent negotiations offering to reduce their scope and scale.  We are still hopeful of running combined events over the two bank holidays and are in negotiation with a number of other potentially-suitable airfields. we had hoped to have an answer by now but it was important that those of you planning trips to Barkston were not kept in the dark any longer.  We will post further updates when they are available.   If none of the other options come off then the individual disciplines will arrange their own National Championships independently as they have done for the past two years.  Some are already in place including Silent Flight at Buckminster over the August Bank Holiday and Indoor Duration at Daventry in September. 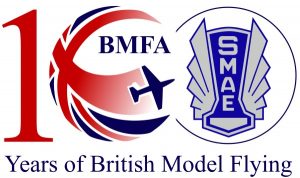